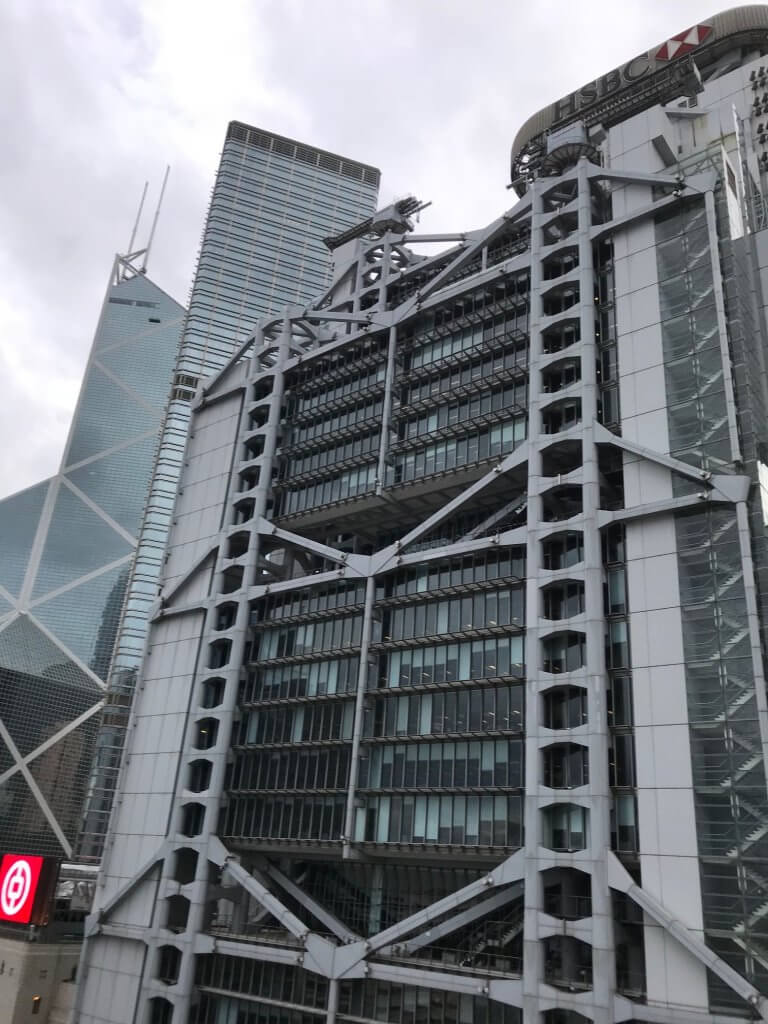 We are proud to announce the completion of the design of the prestigious boardroom of the iconic HSBC Main Building boardroom at 1 Queen’s Rd Central in association with Sugar HK Ltd.

On 3 March 1865, HSBC opened for business at 1 Queen’s Road, Central. The bank built a succession of modern head offices on the site. The third generation head office, completed in 1935, was the first air-conditioned building in Hong Kong. It is a headquarters building of The Hongkong and Shanghai Banking Corporation, which is today a wholly owned subsidiary of London-based HSBC Holdings. It is located on the southern side of Statue Square near the location of the old City Hall, Hong Kong (built in 1869, demolished in 1933). The previous HSBC building was built in 1935 and pulled down to make way for the current building. The address remains as 1 Queen’s Road Central.

The current HSBC Main Building is the first building of its size in Hong Kong constructed entirely of structural steel without any reinforced concrete in its inner core. Designed by renowned British architect Lord Norman Foster, this hi-tech building in Central is a marvel of modern architectural design. Natural sunlight is the main source of light inside the building, with a bank of mirrors directing it into the atrium. Heat gain is also prevented by sunshades and the building’s air conditioning system uses sea water as its coolant. At the time of construction the HSBC Main Building was the most expensive building in the world, with a price tag of over $650 million.

Unfortunately, given the prestigious and sensitive nature of the boardroom itself we have been sworn to secrecy about our actual design. But it included the complete refurbishment of interior fixture and fittings, mural, boardroom table and chandelier, as well as the redesign two display cases of significant artifacts from the company archives.

This continues Winkle-picker’s long association with HSBC and HSBC Archives through projects such as the HSBC Archives Gallery and the HSBC History Walls.