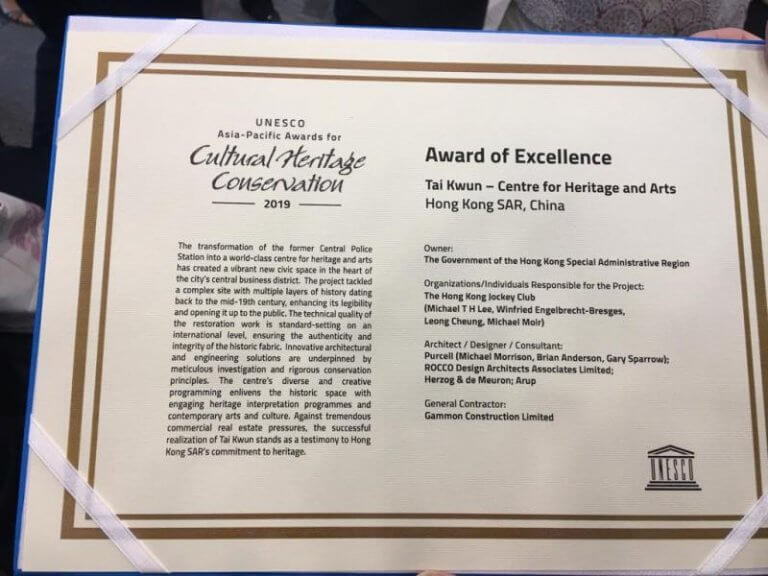 As Tai Kwun wins UNESCO prize, Winkle-picker is proud to report that it has been given a Certificate of Excellence for Cultural Heritage Conservation.

As well as the restoration work, architectural and engineering solutions, and conservation, the heritage interpretation on which Winkle-picker worked for nearly 10 years was singled out for praise. It concludes, “against tremendous commercial and real estate pressures, the successful realization of Tai Kwun stands as a testimony to Hong Kong SAR’s commitment to heritage.”

Winkle-picker was responsible for the interpretive planning and strategy of the museum and exhibition spaces across the entire site for over 9 years beginning in 2008.