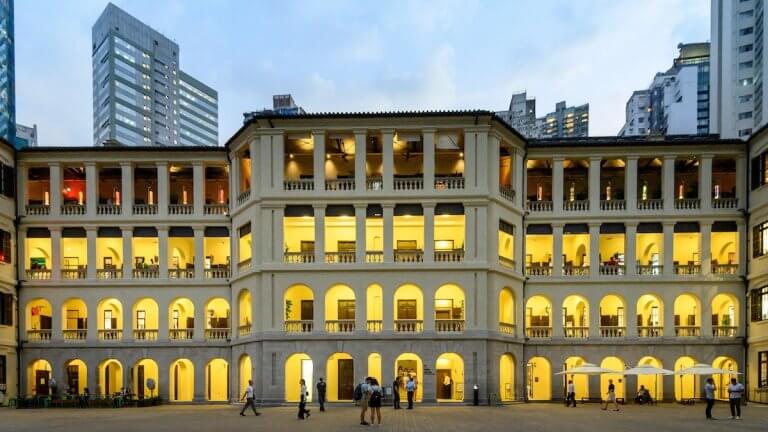 It’s hard to believe that it is nearly 4 years since the Tai Kwun Centre for Heritage and Arts opened in Hong Kong. A year after it opened we took the temperature of the views of the most important people in the whole process – the visitors. So, three years later we thought we would take a look at Tripadvisor to see tourist views on Tai Kwun, especially the museum-y elements of the experience ….

“For those interested in Hong Kong’s colonial history, you can easily spend an hour or more here.”

“A beautiful place with heritage , colonial structures and modern shopping experience. The old police station has converted in to a food, shopping and museum. It’s super.”

“This is a ‘don’t miss’ location, right in central Hong Kong. Highlights include: Central Magistracy – visit the reconstructed the colonial courtroom, with video dramatisations of early cases (free entry). Victoria Gaol (1841) – wander through the old, spartan prison cells as they were. The harsh times are captured in interactive screens and there are a lot of information panels.”

“They have done an excellent job of retaining the historic details of the old prison and it is possible to visit some of the cells to see what things were like in the times when this was a prison.”

“I had read about a converted prison and was interested. This is much more though. It has many buildings all which have been restored and are now shops, art galaxies, museum’s or restaurants. The prison is the highlight and has moving projected black images onto the prison cell walls telling a story of how life was.”

“The compound is very extensive with 16 heritage buildings as well as 2 contemporary buildings. We concluded that a visitor could easily devote at least half a day, perhaps even a full day, to take in everything on offer … A noted feature upstairs in the Central Magistracy is a reconstructed Court Room and here we could experience a dramatisation of one of the very first cases being tried in this place. It was very well put together and gave us good insight into how justice was administered on the residents of the colony so long ago. After the dramatisation we were invited to take photos of ourselves at the reconstructed Magistrate’s Desk – A chance to be a ‘magistrate for a moment’. At the prison hall we gained insight into the harsh conditions of prisoners serving a sentence here. One of the Prison’s most famous “residents”, possible confined to Hall B, was the former Vietnamese leader Ho Chi-Minh … After our short visit, we concluded that Tai Kwun is worth including in a Traveller’s Hong Kong Island itinerary, if nothing else but to gain better insight into the fascinating history of the legal, judiciary and penal system in Hong Kong.”

“We took the guided tour which only lasted 45 mins but was really enjoyable … We spent a bit more time wandering about on our own but I know I’ve not seen or read all there is. A return trip for sure.”

“Stumbled across this whilst taking a trip up the Central-mid-level escalators and still can’t work out why this isn’t on the ‘must see’ lists when searching for Hong Kong’s top ten!”

“Tai Kwun is actually the restored Victoria Prison Complex. It has wonderful exhibits showcasing the history of the prison including its time during Japanese occupation and then later years leading up to the transfer of Hong Kong from the UK to China … Exhibits are awesome.”

“This was a great museum, well organized and easily accessible.”