“One of Hong Kong’s best-kept secrets” 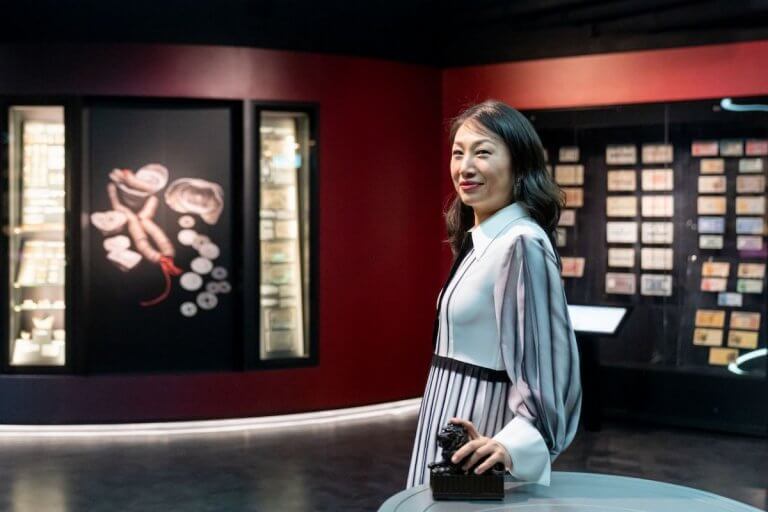 Tatler Asia visited Winkle-picker’s work at the HSBC Archives Gallery. Veteran of the art scene in Hong Kong and former Director of Christie’s Elaine Kwok called it “one of Hong Kong’s best-kept secrets.”

Walking through the gallery which showcases the banks 157-year history, Kwok was particularly struck by the significant works of art, especially the China trade pieces, in the hanging storage display system accessible to visitors. She paid particular attention to the painting The Kirkpatrick Children by the famed British painter George Chinnery, who spent a large part of his life in the Far East and died in Macau in 1852. The piece, created in 1805 and acquired at auction by HSBC in 1951, is a five-foot oil painting, depicting the children of James Achilles Kirkpatrick, a colonel at the East India Company, and Muslim noblewoman Khair un-Nissa. The story goes that the children, of mixed race, were sent to school in England to avoid facing discrimination in India.

Reference was also made to our digital art piece Threads of Life inspired by the silk tapestry presented in 1902 by Chinese merchants to Sir Thomas Jackson, the chief manager of HSBC in the late 19th and early 20th centuries. Depicting an ancient Chinese poem, the silk tapestry symbolised fortune and prosperity—and Threads of Life brought the poetic riverscape and flying cranes into the digital sphere. “I love how a digital artist referenced this interesting anecdote of Hong Kong history, while simultaneously creating a work that reflects today’s animation technology,” said Kwok.

She also said that the archives are a time capsule of Hong Kong and provide an opportunity to educate: “Collecting art is about shaping narratives and writing histories. Getting to know HSBC’s collection is like taking a fascinating lesson in cultural anthropology, and I watch with interest as the bank continues to acquire, preserve and display these pieces of visual culture.”